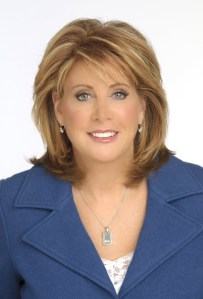 Welcome to the re-launching of TGR at http://www.thegreatrabbino.com. To celebrate all the changes here at TGR (web name, T-Shirts, Jewish Sports resources, logo, etc) we are posting our BIGGEST interview to date. Nancy Lieberman, for years, has been one of the best and most well known Jewish athletes ever. It is our pleasure to present our interview with Nancy Lieberman and officially kick off our new site.

INTERVIEW:
1)    What was it like being a part of the WNBA? How did she feel when it first began?

I was honored to be a part of it. In 1997, the inaugural year, I was the oldest player in the league. I had waited all my life for something like the WNBA. For me personally as a player it came a little late but also right on time. Finally, I could play as an athlete in something that was ours.

2)    How has the WNBA impacted young female basketball players?

The WBNA has allowed young players to live their dream and stay focus. In college when you are deciding what do to do professional basketball in the US is an option. Just like anything else. If you chose to write then you could write and now if you love to play ball you can play ball. The WNBA is about dreams, hope, love and being able to do what u do. You can now perform at the highest level. I have told every player I have come across that if you haven’t written David Stern a letter to stay thank you, you should. It is an honor that should not be taken for granted.

3)    How have you she enjoyed her role as a commentator? Do you ever miss being on the court?

There is nothing like playing the game. Playing is the most wonderful thing in the world. After playing I would say coaching because you are still in the trenches. But if you are not lucky enough to playing or coaching then broadcasting is right up there. You get exposure and awareness to what you love. ESPN has been amazing for 28 years. I am very grateful to be apart of it.

4)    What was you biggest accomplishment, on and off the court?

Besides my son, being an Olympian was a defining moment earlier in my career and then being a Hall of Farmer. These were both magical moments. Competing for my country and then when the game says thank you. When I go to Michael Jordan’s induction with my son I hope he understands the significance.

5)    What does your Judaism mean to you? Have you ever thought about playing or coaching in the Maccabi Games?

I have been invited to play in it but it conflicted with USA basketball. So I wasn’t able to participate. I would love the opportunity to coach. I am proud of my heritage and family. I am proud of religion and it is deeply proud of what I do. There is a closeness and protective state amongst family. It is like being a part of a wonderful team. It is an honor to be a Jewish athlete. Playing against Amy Schneider when I was young was amazing. People used to say why was I a tomboy, but I think that has come full circle. I am always around great athletes and I get a lot of respect and love from people for my Judaism.

6)    Could you tell us a little bit about the Nancy Lieberman Foundation?

Send people to the website Twitter.com/nancylieberman. There you can follow what I am doing. I find it fascinating that people are interested in what she cooks her son for breakfast is amazing. There is not a lot of privacy with my job. I have to share myself with the public.