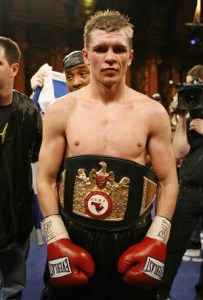 One of the biggest and brightest Jewish sports stars is Yuri Foreman. He is literally knocking out the competition. TGR did a piece on Yuri a few months back check it out HERE. Bu for interview month (which we are in the middle of here at TGR) we got a hold of Yuri.

He began by telling us how he got is start. Yuri said,  “I stared boxing at age 7 after I had been bullied by bigger kids in city’s swimming pool. My mom took me to boxing gym after that.” Like most people interested in Yuri’s story of Judaism and boxing we discussed how we was able to balance his Jewish beliefs and the time commitment it takes to be a rabbi with his boxing schedule. Yuri suggested reading THIS article from Seconds Out. 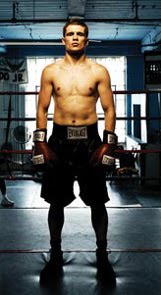 Many Jewish boxing fans would love to see a Yuri Foreman vs. Dmitriy Salita fight, but unfortunately Yuri said there is no fight in the works and that he has never even really thought of fighting him. He is more focused on his biggest goals, which are to “win and represent my country.”

From there Yuri answered some personal questions. Yuri has no plans on entering the world of MMA. We thought it would be awesome to have a rabbi in the octagon. He said, choosing boxing “is a personal choice, I personally like boxing.” He told us that if he could fight one person ever it would be  Iron Mike Tyson at the Junior Middle weight division. He loved that idea. Lastly, we had to ask him a crucial question, which was his favorite Rocky film. Yuri went with Rocky IV. Personally, I think he would crush Brigitte Nielsen.

Thanks to Yuri for answering some questions for TGR. Keep beating the crap out of the world!
And Let Us Say…Amen.
-Jeremy Fine