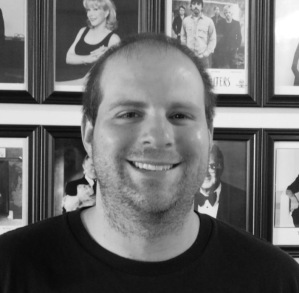 First appeared in the Jewish Journal. Written By: Darren Paltrowitz

Once named one of the “Most Inspiring Rabbis In America” by Forward Magazine, Rabbi Jeremy Fine leads the Temple Of Aaron Synagogue in Saint Paul, Minnesota. While studying at the Jewish Theological Seminary in New York, Rabbi Fine received the William H. Lebeau Book Award and the Rabbi Morris Silverman Award in Liturgy. The Illinois native has also studied at Israel’s Conservative Yeshiva and the Machon Schechter Institute, beyond studies and certificates completed elsewhere.

But Jeremy Fine is far more than just a rabbi at a highly-regarded synagogue. Family duties aside, he is the founder of The Great Rabbino, a blog which turned into a company. Fine’s blog, which has spotlighted Jewish sporting news and stories, has been recognized by big national outlets including the Chicago Sun Times and the San Francisco Sentinel. The Great Rabbino as a company serves as a way for the Jewish community to better engage with sports and Jewish athletes. In turn, The Great Rabbino has helped bring athletes to speak at Jewish day schools, run clinics at summer camps, and worked closely with Israel organizations.

Later this month on June 21, Jeremy Fine will be co-hosting a benefit event for Team Israel Baseball to be broadcast live via Facebook. Many Jewish baseball players from the past, present and future will be there to draft and celebrate. This includes MLB great Ian Kinsler, former New York Met Ty Kelly, former Minnesota Twin Danny Valencia, and the MLB’s first female coach Justine Siegel.

I had the pleasure of doing Q&A with Jeremy Fine, who also connected me with other participants in the draft event, professional wrestler Jaxon Stone and Team Israel Baseball’s Peter Kurz. Highlights from the interviews are below for your reading pleasure.

Darren Paltrowitz: Your congregation, Temple Of Aaron, has a lot more fun programming than the synagogue I grew up attending. Is that also the case for you?

Rabbi Jeremy Fine: Both my vision for synagogue programming and my own side projects — which this is — are to ensure Judaism is celebrated. I always wanted to be the rabbi that normalized synagogue life; taking the fear out of shul and adding fun.

Darren Paltrowitz: What should be expected from the upcoming draft?

Rabbi Jeremy Fine: Great debates, interviews, and lots of fun. Ultimately, it is to raise awareness and funds for Team Israel Baseball. Olympics are not free and these players are representing Israel and we need to help support their efforts.

Peter Kurz: I am very excited about this event.  I think we’ll see a lot of people signing on via facebook, just curious as to what its about, and staying around for most of the draft rounds.  I think it’s a great opportunity to highlight our great Jewish baseball athletes and what they have accomplished, and you will find that in the end, most of the teams, will be extremely competitive and would have been exciting to watch if they had been able to play together.  I think with the MLB Fantasy Baseball tournaments, and lack of professional baseball today, people will be very interested in seeing the draft results.

Jaxon Stone: I’m excited for the draft. I think it’s going to be really exciting. I’m very competitive, so I’m drafting to win.

Darren Paltrowitz: What excites you about the All-Time Jewish Fantasy Baseball Draft?

Peter Kurz: Just being able to assemble a team together with players like Sandy Koufax, Hank Greenberg, Alex Bregman, Shawn Green, who all played in different eras, allows ones imagination to run rampant on what they could have all done if they had been on the same team together.

As the GM who put together Team Israel for the WBC tournaments in 2012 and 2016/17, as well as our current Olympic team, this is an opportunity for others to really put their Jewish “Kopfs” together and come out with the ultimate All-Jewish baseball team!

Jaxon Stone: Seeing how many great Jewish baseball players there were. And people coming together for a great cause and lots of fun to go with it.

Darren Paltrowitz: Why is the draft important to baseball fans and Team Israel?

Peter Kurz: The draft itself is symbolic of what we have accomplished over the last 8 years — the coming together of Jewish American ballplayers to help their Israeli brethren and Team Israel field a top team of ballplayers who have sacrificed their own personal careers and statistics, for the greater good of getting Team Israel on the international map of baseball competitions. Achieving 6th place in the WBC and being the first of six teams to qualify for the Olympic Baseball tournament is proof that this is becoming quite a reality.

Darren Paltrowitz: Who do you think is going to win the next World Series?

Rabbi Jeremy Fine: The White Sox. That is always my answer until they are mathematically out of contention.

Jaxon Stone: St. Louis Cardinals, my favorite team since I was 8.

Darren Paltrowitz: Draft aside, what is coming up for you?

Rabbi Jeremy Fine: Getting the synagogue back on track in the midst of a pandemic. And praying for a better and safer world for everyone.

Peter Kurz: The Olympic postponement due to the Coronavirus, and the subsequent postponements of other tournaments, has given us more time to prepare, and raise the required funding. The Olympic players are all practicing and staying in shape, anticipating the reopening of the professional leagues — the Israeli Premier League began play last night — and will come together next for intensive training in July 2021 for a 3-week-long mini-camp and barnstorming tour in the northeast USA. The U18 Israel National Team will be attending the European Championship A Pool probably in the summer of 2021, as will the adult team.

New fields in Bet Shemesh and Raanana are being developed now, and we hope to have them ready by the end of 2020. All over Israel, youth and adults are returning to the baseball fields and practicing and getting ready.

Jaxon Stone: Well, pro wrestling is starting to come back, so I’m excited to have my full-time wrestling schedule back again. In the process of starting a mental health non-profit callled YouAreLoved. Got a lot of cool stuff I’m working on. Very grateful and excited.