Skip to content
Ryan Kalish had a bright career in front of him. Injuries plagued his playing days and recently, after a valiant comeback attempt, he called it quits. He left Jewish baseball fans with a few moments, especially for the Jewish teams of the 2010 and 2012 Red Sox but ultimately we are left wondering “What If.” Kalish has stayed positive, working on life after baseball and a cool company with some of his buddies. We got to speak with Kalish and hear about the past, present and future of his baseball life. 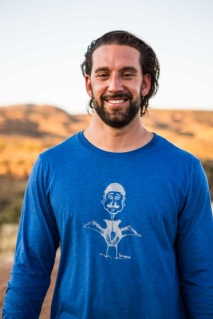 1) Breaking in with the Red Sox in 2010, your career took some twists and turns, but what was that feeling like playing for the Red Sox at such an exciting team?
Playing for the Red Sox was amazing. I couldn’t have asked for a better experience coming up. If you look at the roster it was full of veterans. I was so young and respected all of the guys so much. I didn’t speak much unless I was spoken to.
2) You were a part of historic Jewish teams for the Red Sox. In 2010 the team had yourself, Scott Schoenweiss, and Kevin Youkilis, In 2012 the team had yourself, Youkilis, Craig Breslow, Ryan Lavarnway and Danny Valencia. Did your teams ever bond over the Jewish connection?
Yes we bonded  bit over the Jewish connection. It was awesome to have that as a part of our team bond.
3) You stayed resilient through more injuries than most. What kept you motivated? Was retired a tough call?
What kept me motivated through the injuries was how good I felt I was. I always felt like and proved I could come back and play at the highest level. Calling it quits was the hardest thing I have ever done but I knew it was time. My body was done.
4) Fenway Park or Wrigley Field? Why?
There is no choosing between Fenway and Wrigley. They were both so amazing. I honestly couldn’t choose.
5) Who was the toughest pitcher you ever faced? Greatest hitter you have played with? You baseball idol growing up?
Toughest pitcher was Felix Hernandez. Greates hitter I ever played with was David Ortiz. Baseball idol growing up was Derek Jeter.t
6) What have you been up to since you retired from baseball?
Since retiring I did a little bit of traveling. Now I have taken up becoming a Pilates instructor. I am really enjoying that work.
7) Tell us more about Birdman Bats and whats on the horizon for the company.
Birdman Bats was started by two of my best friends Gary Malec and Lars Anderson. I couldn’t help but want to be a part of it so I recently joined forces with the team. We pride ourselves in being extremely helpful with each players individual needs. We have all played the game so we know how hard these guys work to get where they are and we want to be a part of it and give them the best bats possible. We plan on getting more and more pros swinging our bats this year.
8) What is next for Ryan Kalish?
For me I plan on really learning Pilates and see where that leads me.
9) How can fans follow you on social media?
You can follow me on Twitter although I don’t do much tweeting.
Posted by Jeremy Fineat 8:07 AM