Skip to content
It’s March which means the greatest month in sports; March Madness! While you take a break from re-tweaking your bracket read our interview with former NCAA coach Seth Greenberg. Greenberg is currently one of the lead analysts for ESPN’s college basketball coverage and formerly a 2x ACC Coach of the Year at Virginia Tech, where he coached from 2003-2012. We caught up with the coach and welcome him to the TGR team. Check out www.TheGreatRabbino.com to book Seth as a speaker at your next big event! 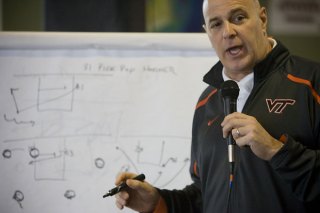 TGR: Growing up were you always around the game of basketball?
Greenberg: “I was around basketball at a very young age.  Myself and my older brother Brad would both go on to play high school and college basketball respectively.”
TGR: Both you and your brother Brad have had such success around the game of basketball. Are you two competitive with each other? What about growing up?
Greenberg: “Brad and I have always been competitive with each other but at the same time we’ve been highly supportive of each other.”
Greenberg went on the talk about the major impact coaches can have on athletes lives. Coaches do much more than coach on the court.  But he gave up the privilege of coaching to work with ESPN. “I get to be in the best seat in the best arenas with the rest of the Gameday crew” Greenberg joked. Hard to imagine a better seat than the coaches chair, but Greenberg seems to love it. He often shares his person experiences and perspectives with the viewers. In a sense he gets to coach the viewers through their basketball experience. 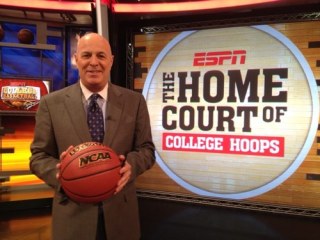 I went on to ask Greenberg about his Jewish upbringing. “I went to Hebrew school, had a Bar Mitzvah, still practices most of the holidays.  I had a Reform upbringing” Greenberg said. He also was proud of his Israel experience. “I actually coached in Israel for the USA team at the Maccabiah Games in July 2013” Greenberg added.

Greenberg’s deep knowledge of the game and his 1st hand insight make him a valuable asset to the sideline, booth and Jewish people. The game of basketball is growing in Israel and for young Jewish ball players. Greenberg’s legacy has helped lead the way.